If you aren’t familiar with logarithmic spirals, you’ll likely still recognize the form. It’s found throughout the natural world at vastly different scales. The same shape can be seen in sea shells and also universes which is seriously profound if you ask me. You can read all about this type of spiral including the geeky math bits here… http://en.wikipedia.org/wiki/Logarithmic_spiral

Now for the 3D modeling trick! You can draw a logarithmic spiral using a radial array of lines and the ability to snap to perpendicular intersections. I used Rhino which has some handy Osnaps to make this extra easy.

It’s important to draw an interpolated curve so that the control points you place pass through the perpendicular intersections. Just continue to snap to the next 90° intersection making your way around the array of lines as you spiral inward. 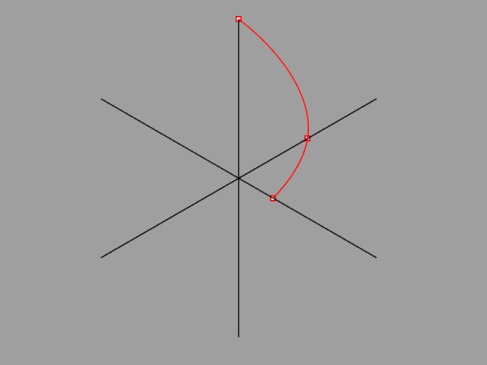 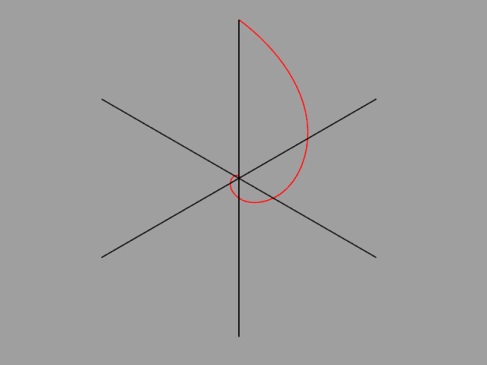 Using a vector based program is best for this so that you can continue to zoom infinitely in as you go. The resulting curve can be used for anything you like and will have a natural symmetry that is… um… universal.

There are two common approaches for making a material look bumpy when using most 3D rendering programs. These are “bump” mapping and “displacement”. A bump map makes a surface look as though it has high and low areas based on how light strikes the surface. Whereas displacement actually creates new geometry based on your model.

Below are two planar surfaces which have each been assigned a reflective material.

A procedural “noise texture” will be used to give one surface a bump map and the other displacement. Noise textures are often installed by default in render engines and come in a variety of types, this style is called “Perlin”.

The grayscale values in the image are used by both bump and displacement to create peaks and valleys and as a result, give the flat surfaces a physical texture. The difference is that the displaced version is truly no longer flat. Look at the edges of the surface on the right to see how they undulate compared to the bump mapped version which remains flat along the edge silhouettes. 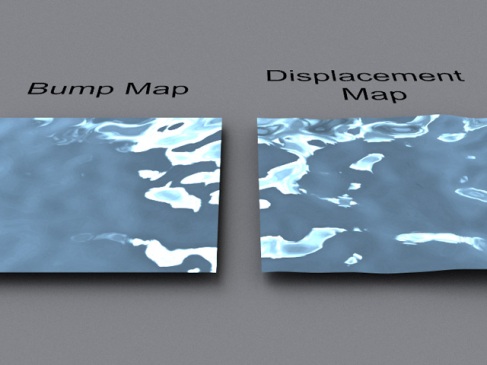 Bump maps will also have a limit on just how three dimensional they can look. Usually this value is set in percent with 100% being the maximum amount. The reflection value a material has can aid in the effect but for the extreme appearance of bump, displacement should be used. In this way, the white values in the source image can be assigned a physical height as shown in the image below where they are now raised by a value of twenty units in the model.

The two main geometry languages used today in 3D modeling are “Polygons” and “Surfaces/Solids”. It’s common for any beginning 3D artist or designer to get confused by where to use each of these two different representations of geometry. I’ll try here to explain it as simply as possible by starting with a comparison of some well known design tools.

Adobe Photoshop and Adobe Illustrator can both be used for making art and graphics but they have vastly different strengths. Photoshop is a rastor based program which means it works with pixels or small square blocks of color. If you paint an image or edit a photo in Photoshop and then realize that it prints far smaller than you intended, you may try to enlarge it. The artwork, since it is pixel based, will lose resolution when scaled up. Illustrator in contrast is a vector based program and the artwork created in it can be scaled up without a loss of resolution. This is because the line work and any color is based on math and not pixels.

This same separation of rastor and vector exists in the 3D world as well. Surface based programs such as Rhino, SolidWorks, ProE, UG, Catia, Alias etc. are like Illustrator in that the content created is scalable without loss of resolution. Polygonal modelers like 3ds Max, Maya, Blender, Zbrush and more will require subdivision if scaled up in order to be smooth.

The image below of a torus modeled as a surface shows the same perfectly smooth geometry at two different scales. The radius dimension of the cross section circle for each is shown. Surface geometry is synonymous with “NURBS” or Non-Uniform Rational B-Splines.

A torus modeled from polygons will only be as smooth as the number of polys used to describe it. To scale the polygonal torus will result in a larger version of each polygon or flat face seen. 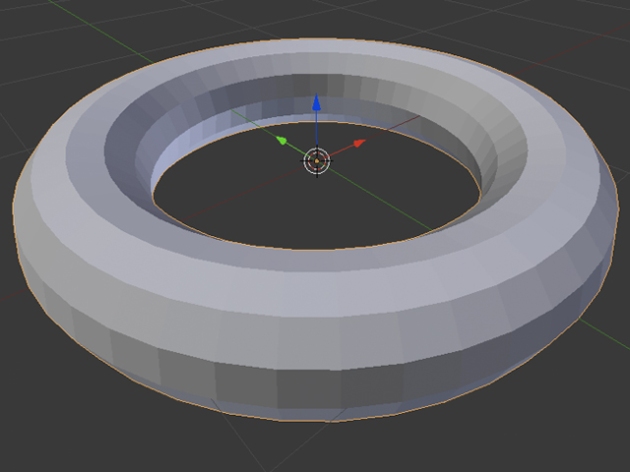 Polygonal modelers therefore have “subdivision levels” of detail to allow for each flat facet in the polygonal structure to be split into additional faces. This allows for a smoothing effect but the underlying geometry will still be comprised of flat polygons… just smaller ones.

3D modeling programs will often support both geometry languages but it is usually the case that they are better at modeling with or more well known for one type. Poly modeling is mostly used in film and games while NURBS is the language of engineering and manufacturing.

sounds a lot less complicated than “Index of Refraction”, so I’ll go with that as a title for this post.

When light passes through a transparent medium (water, glass, diamond etc.) it gets bent. Just how much the light bends is measured in what is called an IOR or index of refraction. Rendering engines (a.k.a. programs) use this value to simulate a wide range of materials. You can start with a standard glass material in most renderers and change the IOR value to create gemstones, water or even air. The latter not being all that impressive as you’ll see below.

Here are three transparent spheres sitting on a checkered plane for comparison. The first is set to an IOR of 2.45 which is the same as diamond. 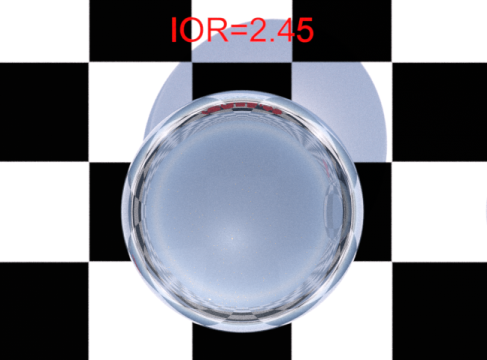 The second has an IOR of 1.55 which corresponds to Glass. 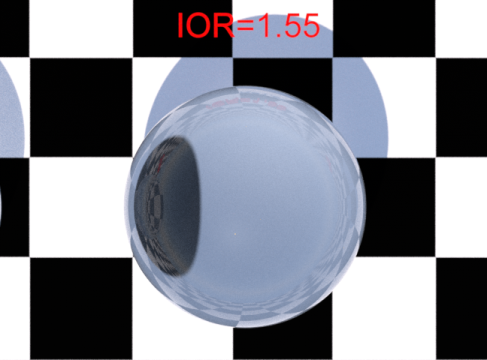 Finally, a transparent sphere set to an IOR of 1 is shown below. This is the same as air but I promise there is a sphere here. 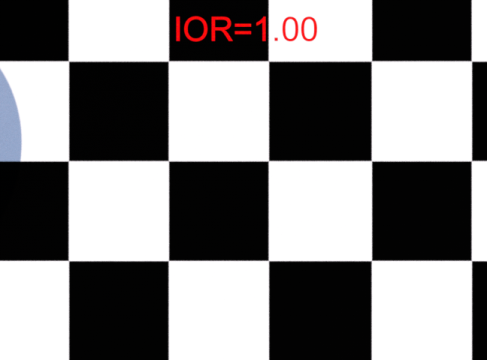 You can do a quick search online for the IOR of any material you wish to render. For instance water is 1.33. Congratulations, you are now more of a geek than when you began reading this post.